There is Tenace GN, the eighth Formula SAE combustion prototype, Minerva GN, the electric motorbike ready to repeat the successes of Alpha Leonis, and Elettra GN, the real innovation brought to the UniBo Motorsport motor pool, which thus adds the participation in Formula SAE Electric. Three vehicles, three competitions: starting from the VI edition of the MotoStudent in Aragòn, from 15 to 18 July, then passing to the Formula Student Spain in Montmelò, from 2 to 8 August, finally arriving at the Formula ATA in Varano, from 11 to 13 October. Great ambitions, therefore, for these three prototypes designed and built entirely by the students of the University of Bologna, who received the applause of the outgoing Rector, Francesco Ubertini, who summarized the experience within the Team “a training project where students put themselves to the test, transforming an idea into a project, a project into a prototype that go finally on track”. On the same wave lenght, also the two reference figures for the students, the Faculty Advisor Nicolò Cavina and the Ambassador Pier Luigi Santi: the words of the Professor, who has supported the project since its creation, have traced a path that unites Territory, University and industrial world, present for the occasion in the guise of Vincenzo Colla, Councilor for the Green Economy of Regione Emilia-Romagna, and the two Main Partners of the project, Fondazione Ducati and Automobili Lamborghini, represented respectively by Engineer Roberto Canè and Giorgio Sanna. But these were just two of the many supporters who wanted to touch the tangible fruit of the project that they help to grow thanks to their support: the many sponsors, essential for the existence of the team, expressed themselves favorably about the project, the enthusiasm that binds the students and the renewed desire to achieve better and better results. The greatness of UniBo Motorsport lies in the tenacity and desire to make a group, learning to work in a team remarkably similar to the much more emblazoned top categories and successfully preparing for entry into today’s complex work market. 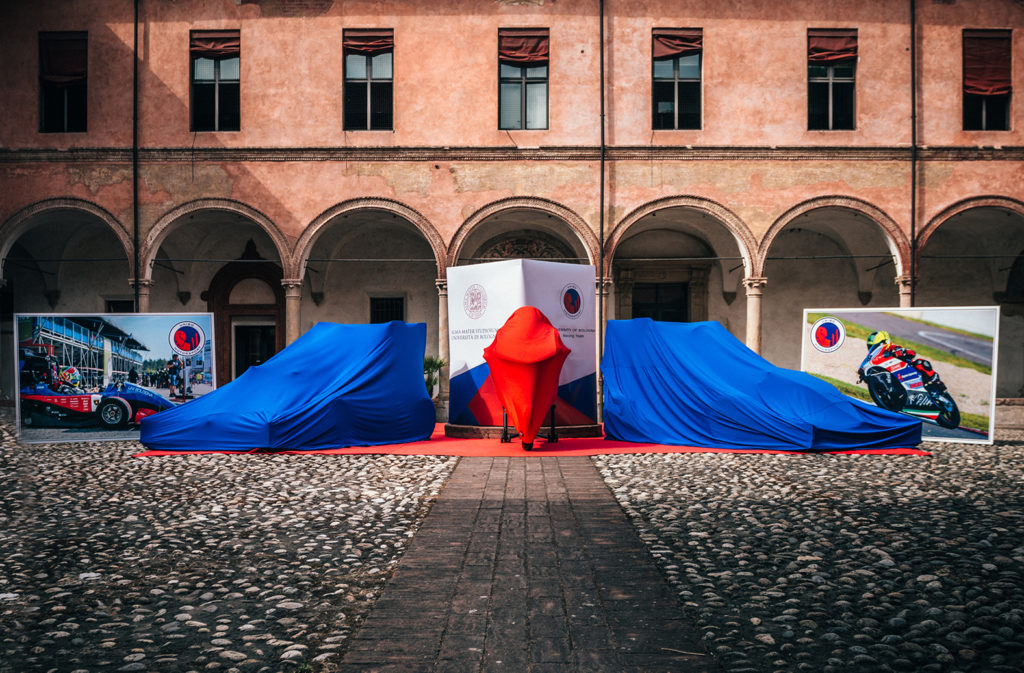