UNIBO MOTORSPORT CONQUERS THE PODIUM IN THE SPANISH FORMULA STUDENT

UniBo Motorsport takes third place in the overall standings of the Spanish Formula Student competition, and it is with extraordinary joy that the team learns this news. The commitment and dedication of all have led to these more than deserved results: following the difficult period in which we found ourselves, in fact, the performance of Tenace GN has repaid all the efforts put into the project in these two years.

It was in particular the satisfactory results obtained in the various static and dynamic tests that made the team climb to the third step of the podium. With the third places of the Design event and in the Skidpad, in addition to an excellent performance conducted in the Endurance test, UniBo Motorsport obtained the essential points for the climb in the standings. On the other hand, the Team’s prototype managed to show its full potential in every type of test faced on the Catalan circuit, thus highlighting its value.

The team is extremely satisfied, and these results reward the efforts and commitment of the guys, who have spent much of their time working on the project. Now it’s time to enjoy the result, with only a sour taste for not being able to take part in the podium ceremony due to a miscalculation in the scores. But this does not break down the optimism of the team, which already has in its sights the new competitions, which will be lived with an extra gear: this podium provides a bit of healthy confidence and the desire to confirm the goodness of Tenace GN with other results up to the mark. 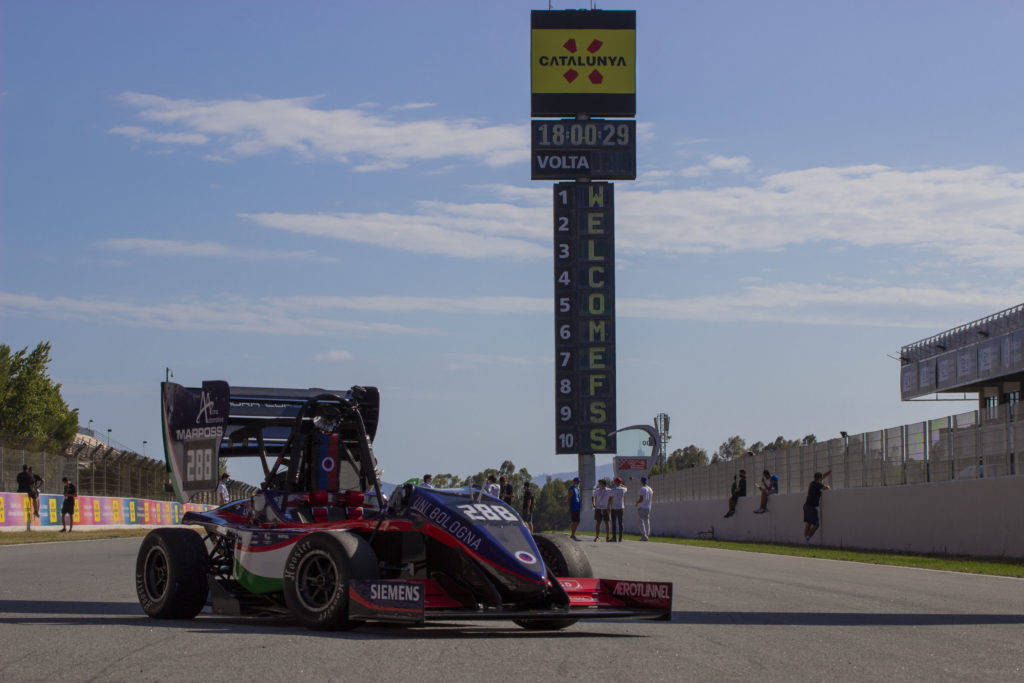