These are days of celebration for the University of Bologna Racing Team who can rejoice for the successes achieved in the electric category of MotoStudent, a competition reserved for prototypes designed and developed by students from universities around the world.

The Bolognese Team headed to Aragón over the weekend to take part in the last stages of the VI edition of the championship, winning a series of awards that led them to win the category.

Three years of waiting have separated the successes achieved in the last edition from the triumph on Sunday. It is a biennial competition, with the complication nowadays of the year due to the pandemic. Months of work for the guys of the Team who have fully demonstrated their commitment and their passion, despite the difficulties of the period.

After years of designing and implementing the new project, the students managed to leave for Aragón and achieve the best results.

To guarantee the triumph were the series of achievements in the various phases of the competition. Starting from the first prize obtained for the best design of the motorbike, the Team managed to secure second place in the dynamic tests faced over the weekend. The fifth place in the race then ensured the team the triumph in the category, allowing it to detach the second classified by about thirty points.

During the awards ceremony the Team, in addition to the cups that attest to the result achieved, also received the prize for the victory in the Red Bull MotoBoost, a competition based on the evaluation of an aerodynamic project. Another success that will allow the participating guys to take part as guests at the MotoGP Grand Prix to be held in Spielberg, on the Austrian circuit.

The perfect conclusion for a weekend in which the team has shown all the quality and passion that drives a group of 150 students attending the the University of Bologna, in memory above all of one of their companions, Gianmarco Nigrisoli, who died last March, and to whom the name of Minerva GN is dedicated. 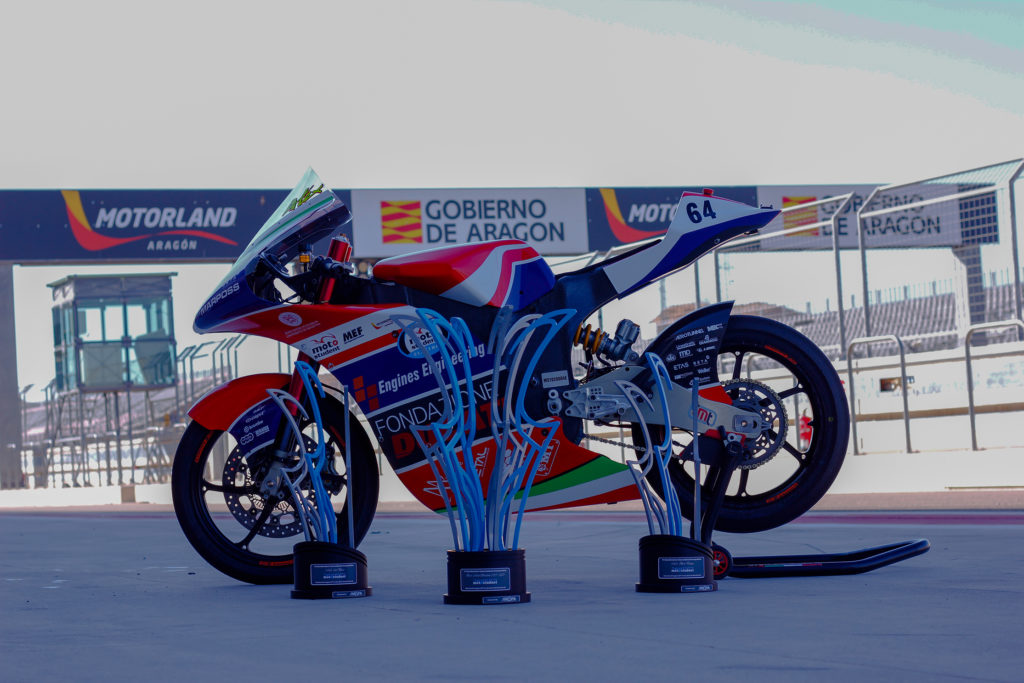