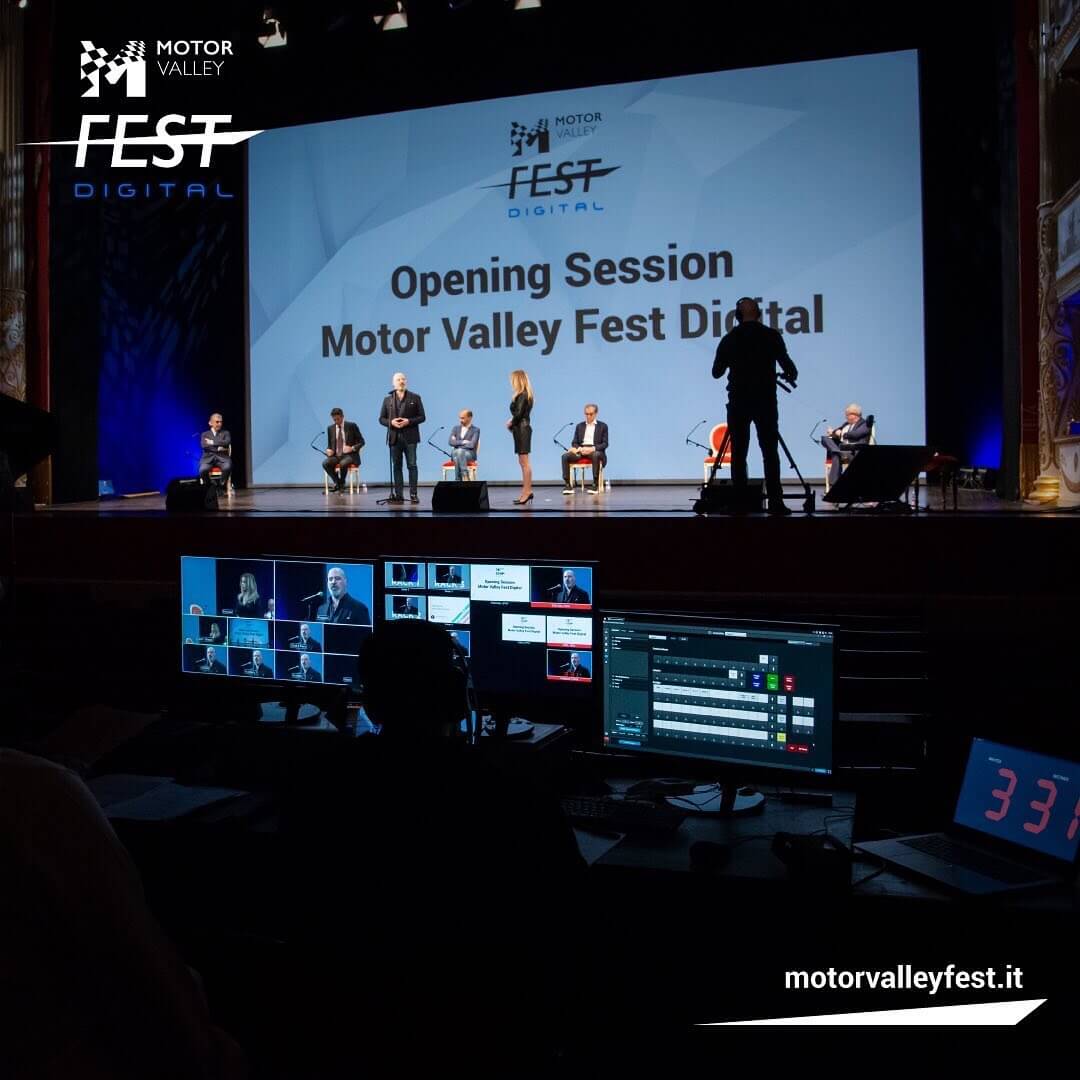 The second edition of the Motor Valley Fest, held from the 14th to the 17th of May, has just ended and for this year it has entered the homes of thousands of fans in a digital version due to the health emergency Sars-Cov-2.
The festival which celebrates the “Land of Motors” of Emilia-Romagna has had as protagonists the prestigious car and motorcycle manufacturers of the territory such as Dallara, Ducati, Ferrari, Lamborghini, Maserati and Pagani.

The main theme of this edition was “Engine Restart: let’s turn on the engines of Italia”, a theme that has been reinterpreted by the Style Centres of the big companies of the Motor Valley with an unprecedented choral initiative. In the video created for the occasion, six iconic power buttons are pushed in order to symbolically represent the restart of the country and the automotive sector after the lockdown period. A focus on the post Coronavirus scenario was deepened, especially on the occasion of the Masa Digital Day, organized by Masa (Modena Automotive Smart Day), during which some interesting topics emerged: from the experimentation of technologies for assisted and autonomous driving, to connectivity Vtx, through cyber security and sustainability.

During the round table dedicated to Racing, particularly valuable was the intervention of Claudio Domenicali, CEO of Ducati Motor Holding Spa, who underlined the close link between the series bikes intended for sale and those used in the racing environment.
There were also races, made in virtual form, such as the Ducati Motorola E-Race, organized by the manufacturer of Borgo Panigale in the two racetracks of Mugello and Misano. A spectacular event which was even accompanied by post-race interviews and a virtual award that ended with the final victory of the pro player Andrea Saveri, official rider of Ducati Corse and World Champion of MotoGP eSport 2019.

Among the protagonists of the round table dedicated to the future of the automotive industry there was also the presence of Stefano Domenicali, CEO of Automobili Lamborghini Spa, who highlighted the importance of looking ahead in a such complex moment. For this reason, the company has decided to rely on augmented reality for the launch of its new car, the Huracán EVO RWD Spyder, and continues research in order to develop products in the direction of hybridization.

It concludes, then, an unprecedented edition that showed the incredible potential of digitization in one of the leading sectors of the excellence Made in Italy: the automotive sector.
The Motor Valley Fest has its heart in Emilia-Romagna, but it also has an international vision that celebrates the passion for engines, innovation, sustainability and identity of the territory. A spectacular event that wanted to enhance one of the most important characteristics needed to face new challenges: resilience.
A visionary approach, therefore, in which UniBo Motorsport has always believed, but that is now more than ever necessary to adapt to the new reality. Once again, our team had the opportunity to enjoy an extremely innovative and futuristic experience that will be fundamental for the development of future projects.