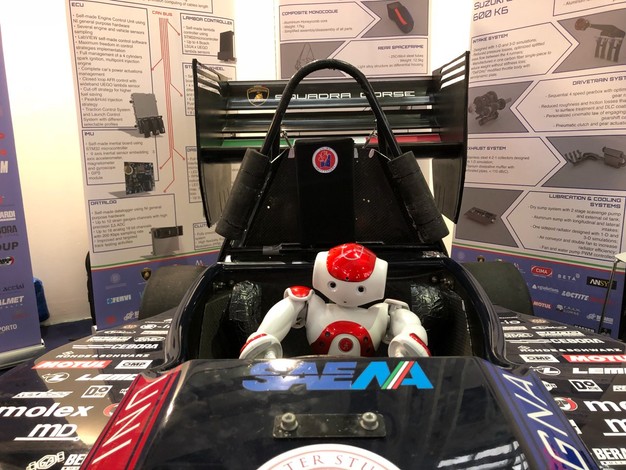 From the university choice until after graduation, the University of Bologna offers its students many services with the aim of guiding them, at all times, towards the right choice.
To this end, each year the Alma Mater organizes Orientation Days with the aim of introducing itself to students in classes IV and V of high schools.

The event includes a series of conferences through which to learn about the University’s educational offer and the presentation of the methods of access to the study courses. The teachers of the different campuses are available for clarification and curiosity of future students, a precious resource for the University.
At the same time, in Hall 31, the Career Day was held, a precious meeting between undergraduates and UniBo graduates and the companies. This year 150 companies took part, while last year there were 94. The numbers show that both events were a success for the University of Bologna, having also participated in services such as Er-go and Job Placement, available for clarify and help students.

Also this edition of Alma Orienta, held in Hall 26, provided for the presence of UniBo Motorsport, the flagship project of Alma Mater and a unique occasion in which academic knowledge and job skills meet.
As a student reality, UniBo Motorsport is close to the protagonists of the Open Day and its presence is a demonstration of the skills developed by students in the various study courses, as well as tangible proof of the support of the University of Bologna.

There are numerous growth opportunities offered by UniBo Motorsport: the development of the ability to manage and organize independently, respect of deadlines, team-working and problem solving, essential skills in the world of work.
In particular, UniBo Motorsport means applying the knowledge acquired in its course of study, helping the team and enriching itself with new skills thanks to collaboration with individual members.

The University is the right time to train and have experiences not only to be included in the curriculum, but also to be exploited at the right time. The University of Bologna is a flagship of Italian university education and it is precisely with the days of the Alma Orienta that it shows a maternal interest towards its students, directing them to the training path more akin to their interests.
At Bologna Fiere there were people with pockets full of dreams, just like the members of the UniBo Motorsport team, committed to building their future thanks to their passion and the support of the University.